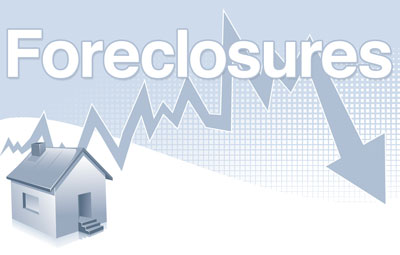 Have we come a long way or what?  With the result of a stronger economy and higher home values, the number of homes in California entering the foreclosure process last quarter is the lowest since late 2005.
There were 17,524 Notice of Default (NoDs) recorded at California county recorders offices during the April to June 2014 period.  That is a decline of 8.8% since the prior period and down 31.9% since the second quarter of 2013 according to DataQuick.
“It looks like the mortgage servicers doing the foreclosure paperwork are systematically working through a backlog. While their pile is getting smaller, they’re working at a steady pace. With one exception, the number of NoDs we’ve seen filed each quarter over the last year-and-a-half hasn’t changed much, and probably just reflects staffing and workload logistics,” said John Karevoll, DataQuick analyst.
So you can count on quicker processing of properties going in to the foreclosure process and we have also noticed an increase in the banks and primary lenders not giving as much time for homeowners facing forclosures as they once have in the past.
I know there was always a rumor of a large number of San Diego REO (real estate owned by banks) properties, but I have not noticed much of this inventory and would be surprised if there is a large amount of REO inventory in San Diego.
I appraise a lot of real estate in Chula Vista, one of the areas most affected during the real estate boom and bust.  From what I have seen, you would expect a large number of REO inventory in these areas.  I have not come across many REO properties in this area when searching public records for comparable properties during the home appraisal process.
It still appears though that most of the loans going into default are still from the 2005-2007 period.  The median origination quarter for defaulted loans is still third-quarter 2006 when anyone with a pulse could get a home mortgage.
I found it interesting that the most active ‘beneficiaries’ in the formal foreclosure process were Wells Fargo, Bank of America and Nationstar… All whom have terrible relationships with real estate appraisers.   They do not pay appraisers based on quality of the appraisal services provided but prefer to send out requests where the appraiser that is willing to accept the lowest pay for the appraisal wins.  I have a complete list of appraisal management companies where I put the best ones first for that very reason.  To help fellow appraiser out and avoid the bad ones.
Trust Deeds recorded, or the loss of the home to the original lender totaled 7,392 last quarter, the lowest level for any quarter since 2006.  The all time high was 79,511 in the third quarter of 2008.  Ouch.  California’s all-time low was 637 in the second-quarter of 2005 when the market was flying high.
Foreclosures and Short Sales continue to go down in San Diego County which continues to strengthen the market.  While record amounts of appreciation recorded over the past few months, for a while there it appeared things were going to get crazy again.  But time and time again during the appraisal process recently, I have found current market condition are showing a stable market with minimal appreciation.  That could be a good thing to increase inventory and avoid the next bubble.
What do you think?
Bryan Knowlton