4 Years Since Dodd-Frank Was Passed – so what? 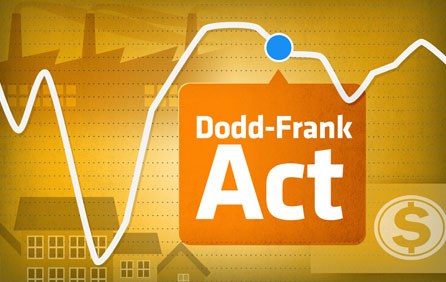 It has been 4 years since President Barack Obama signed the Dodd-Frank Wall Street Reform and Consumer Protection Act into law and after some recent polling, it was found that most Americans feel that it has not done enough to protect them from a replay of the 2008 financial crisis which led to the disaster of a lifetime and which the global economy has yet to recover from.
Dodd-Frank is supposed to work like a 3 stage system to provide better monitoring and limits on risk-taking. It is supposed to make accidents less likely to happen and keep our financial institutions safe in the event things got a little bumpy. There was added capital to make them more likely to survive and more limits. If this all still failed systems are supposed to be in place to allow them to collapse without bringing down the entire financial system and our economy with it.
The regulators have been hard at work and I am grateful that we are finally seeing some people getting some type of punishment for what happened in the last meltdown, but the regulators have not completed this fail-safe system in the past 4 years.
Things are warming up in the real estate industry, lending requirements are being lessened and consumer confidence is on the rise. I guess there are 2 positives there, but that 3rd scares me. Without these stages completed, we are still vulnerable to another crisis.  Home sales in San Diego have been showing record amounts of appreciation over the past couple years.  I have also been appraising San Diego real estate for over 14 years and I can tell you in some areas, real estate is appreciating too fast.
The Volcker Rule is in the first stage and prevents deposit-taking banks from getting involved with speculative trading. Federal Reserve stress tests help ensure that large banks are prepared for the obvious risks. But the global coordination of this data is difficult and have left regulators far from completing an early warning system.
U.S. regulators also have set capital requirements for banks to $5 for every $100 in assets, which would allow them to absorb a 5% loss. This is in the second stage. Although it is better than what was required prior to the last crisis, this is far less than what research has estimated.
The regulators have completed the 3rd task of creating an orderly liquidation authority which will allow the FDIC to take over and recapitalize a failing company while keeping its subsidiaries running to further support the system. This 3rd mechanism has yet to be tested and even the FDIC vice chairman doubts it could handle a crises like we experienced in 2008.
In addition, thanks to Dodd-Frank studies have found that creditors lend more cheaply to the largest banks based on the assumption that the goverment will bail them out in case of an emergency.
And what ever happened with Customary and Reasonable? LOL